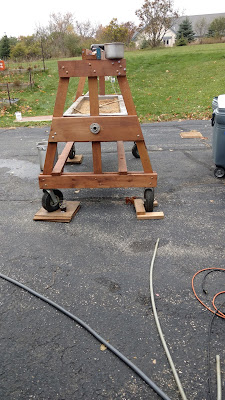 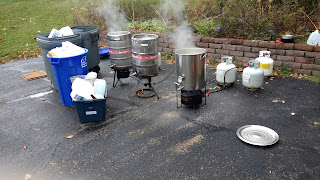 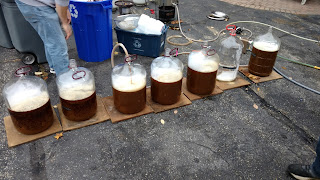 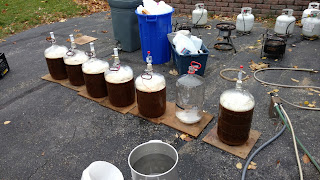 Pain in the Kass Hard Cider

I have decided to call the cider "Pain in the Kass Hard Cider", I have broken 2 thermometers while making this, had to deal with the Potassium Sorbate, and I even had to waste a vanilla cinnamon extract I made. I used the wrong jar it may or may not have been contaminated... either way it was saver to toss it and make it again. Luckily I had to buy more spices than I needed so there was extra to make a second batch.

I had the cider in the primary fermentor for a week, and I'm glad to say that it fermented well! Got the FG down to about 1.001 which is really good considering the Potassium Sorbate. It also tasted pretty well also.  I racked it over to the secondary fermentor with the vanilla and cinnamon. It is going to sit in there for 2 weeks to clear up and get those flavors from the spices. I have about a week left in secondary before I bottle them. I hope when bottling conditioning them there is enough yeast that is not effected by the Potassium Sorbate to properly carbonate it. I will find out and keep you guys updated, I plan to have it ready to drink around Thanksgiving.
Posted by Couchguy at 11:41 AM No comments: 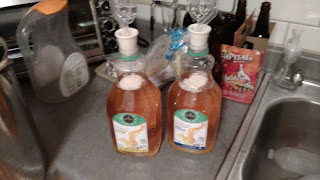 Posted by Couchguy at 8:58 AM No comments:
Newer Posts Older Posts Home
Subscribe to: Posts (Atom)