I was brewing at my co-workers again. (well he isn't a co-worker any more Mike retired!)

We decided to make an OktoberAle (Oktoberfest with ale yeast instead of doing the whole lager thing. Most Oktoberfest are actually brewed in March so they are ready for September)


Not much to talk about this beer except that some of the people we brewed with jumped the gun at the 60 min mark and forgot to add the boil-out hops. I'm not happy about that because they were enjoying them selves just a little to much for a brew day. Not that drinking on brew day is bad, you just can't go over board when dealing with boiling liquids around.

So I ended up dry hopping it on bottling day so hopefully that will help a little bit. The beer is currently conditioning so I will be able to try in about a week.

Here are some pictures from brew day, I mostly got the grain crushing and mashing because I don't believe I have pictures of that step yet. 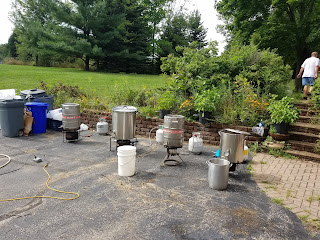 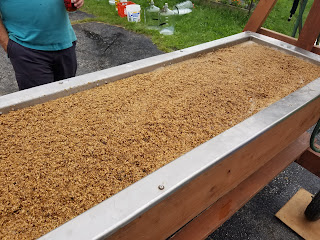 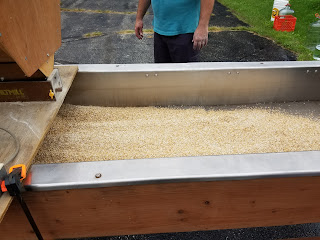 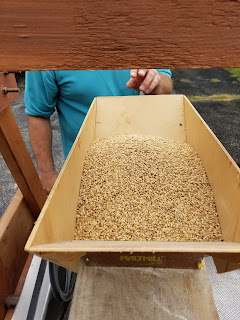 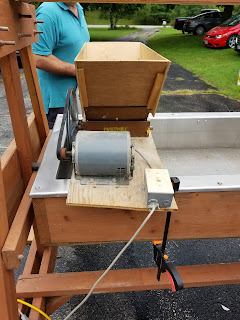 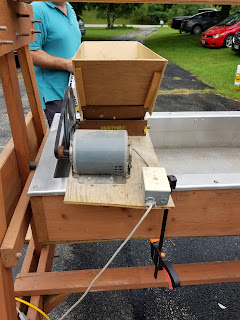 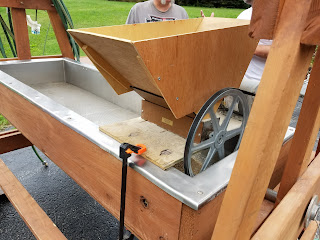